Why you should be concerned about actinic keratosis (AK)? 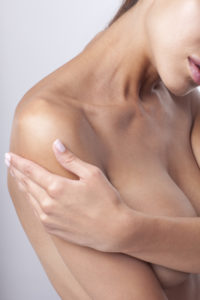 Most actinic keratoses (AKs) are harmless. However, they reveal that a person has sustained sun damage and is susceptible to the development of skin cancer, especially the second most commonly occurring form of the disease, squamous cell carcinoma (SCC).

Do not Ignore Actinic Keratosis

A person with one AK is likely to develop more. The more untreated AKs that a person has and the older that these lesions are, the higher the possibility that one or more may develop into an SCC.

Some researchers, in fact, interpret AK as the initial form of SCC. In rare cases, AKs may also develop into basal cell carcinoma (BCC) which is the most common form of skin cancer.

If an SCC is left untreated, it can become invasive and even life-threatening. Actinic cheilitis is a variant of AK, and it is usually an aggressive form of pre-cancer on the lower lip that is at an increased risk of developing into an invasive SCC.

After cancer, which develops from actinic cheilitis, penetrates the outer lip skin layer (mucosa, mucous membranes), it may bleed and turn into a sore that does not heal. It may become infected and even spread to internal organs.

AK may develop into skin cancer if left untreated. For this reason, it is considered a precancer. It often develops into the second most common form of skin cancer, squamous cell carcinoma (SCC).  Over 419,000 cases of skin cancer in the United States annually are linked to indoor tanning. This includes 168,000 cases of SCCs.

AKs are the most commonly occurring precancerous skin lesions. They appear on skin that has undergone frequent sun or artificial light exposure, such as tanning machines.

More rarely, extensive X-rays exposure can also cause AKs. They usually appear on areas that as sun-exposed such as the ears, face, bald scalp, neck, shoulders, and the back of the forearms and hands.

AKs can also develop on other areas of the legs. They are usually raised, rough in texture, and appear similar to warts. A majority of AKs become red. However, some are dark or light tan, pink, white, and/or skin toned. They can also occur in a combination of these colors.

Initially, AKs are usually so small that they are detected by touch rather than sight. The feeling of running a finger over them is similar to touching sandpaper. In fact, patients may have many times more subclinical (invisible) AKs that are apparent on the skin’s surface.

In general, AKs develop gradually and attain a size from an eighth of a quarter to an inch. Initially, they may disappear only to surface later on. They can sometimes cause itching or a pricking or tender sensation. AKs may become swollen and surrounded by redness. Rarely, they can even bleed.

Individuals with fair skin, red, or blonde hair, freckles, and blue, gray or green eyes are most susceptible to sun damage. They are at an increased risk for AK development if they spend time in the sun and live long enough.

While people from ethnicities such as Hispanics, African Americans, Asians, and others with darker skin tones are not as vulnerable to AK development as Caucasians, skin cancer can affect anyone.