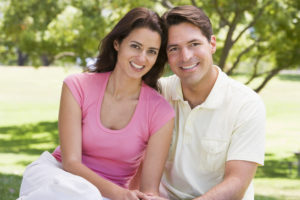 Once it is determined that the patient has melanoma, the next step will be to establish its stage. All cancers, including melanoma, are categorized in stages.

The stage of the melanoma will depend on the depth of penetration, thickness, and the degree to which it has spread. The stage will also determine the course of treatment.

Stage 0 and Stage I melanoma are localized. Stage 0 growths are in-situ which means that they have not yet penetrated the skin’s outer layer (dermis). Stage I tumors have penetrated beneath the epidermis into the next skin layer (dermis).

However, the tumors are small and do not have characteristics such as ulceration that create a high risk of metastasizing (spreading) to the surrounding lymph nodes or beyond.

Stage II tumors are also localized, but they are more substantial (usually one mm or more in thickness) and/or may have other characteristics such as ulceration that creates a higher risk of metastasizing. These melanomas are considered “high-risk” or intermediate melanomas.

Stages III and IV melanomas are advanced melanomas that have spread to other areas of the body. Within these stages, there are subdivisions as well.

An extraordinary joint effort by cancer centers around the globe has led to the updating of the classification system recommended by the American Joint Commission on Cancer (AJCC) on January 1, 2018.

This system incorporates new findings on melanoma to provide the most appropriate diagnosis and prognosis (a forecast of the likely progression of the melanoma).

This melanoma is non-invasive (in situ) melanoma and is restricted to the epidermis.

Sentinel lymph node biopsy may be used to determine whether the melanoma cells in such tumors have spread to the nearby lymph nodes.

Tumors that are 1.0 to 4.0 mm in size and/0r are ulcerated are categorized as intermediate, high-risk (stage II) tumors. These tumors are at a significant risk of metastasizing to the surrounding lymph nodes or beyond. In case of such tumors, patients are usually advised to undergo sentinel lymph node biopsy.

Thick melanomas, which are clinically considered stage II, but they are at a significant risk of spreading, and are larger than 4.0 mm. Patients are usually advised to undergo sentinel lymph node biopsy for such tumors.

A crucial change occurs by the time a melanoma becomes Stage III or beyond. By this time, Breslow thickness is not relevant and is not included in staging. However, the presence of microscopic ulceration will continue to be considered as it has a vital impact on disease progression.

The tumor has either spread to the surrounding lymph nodes or to the skin between the primary tumor and lymph nodes.

The melanoma has spread to lymph nodes that are at a distance from the primary tumor or to the internal organs, usually the lung. This is followed by descending order of frequency of spread to the liver, brain, bone, and gastrointestinal tract.